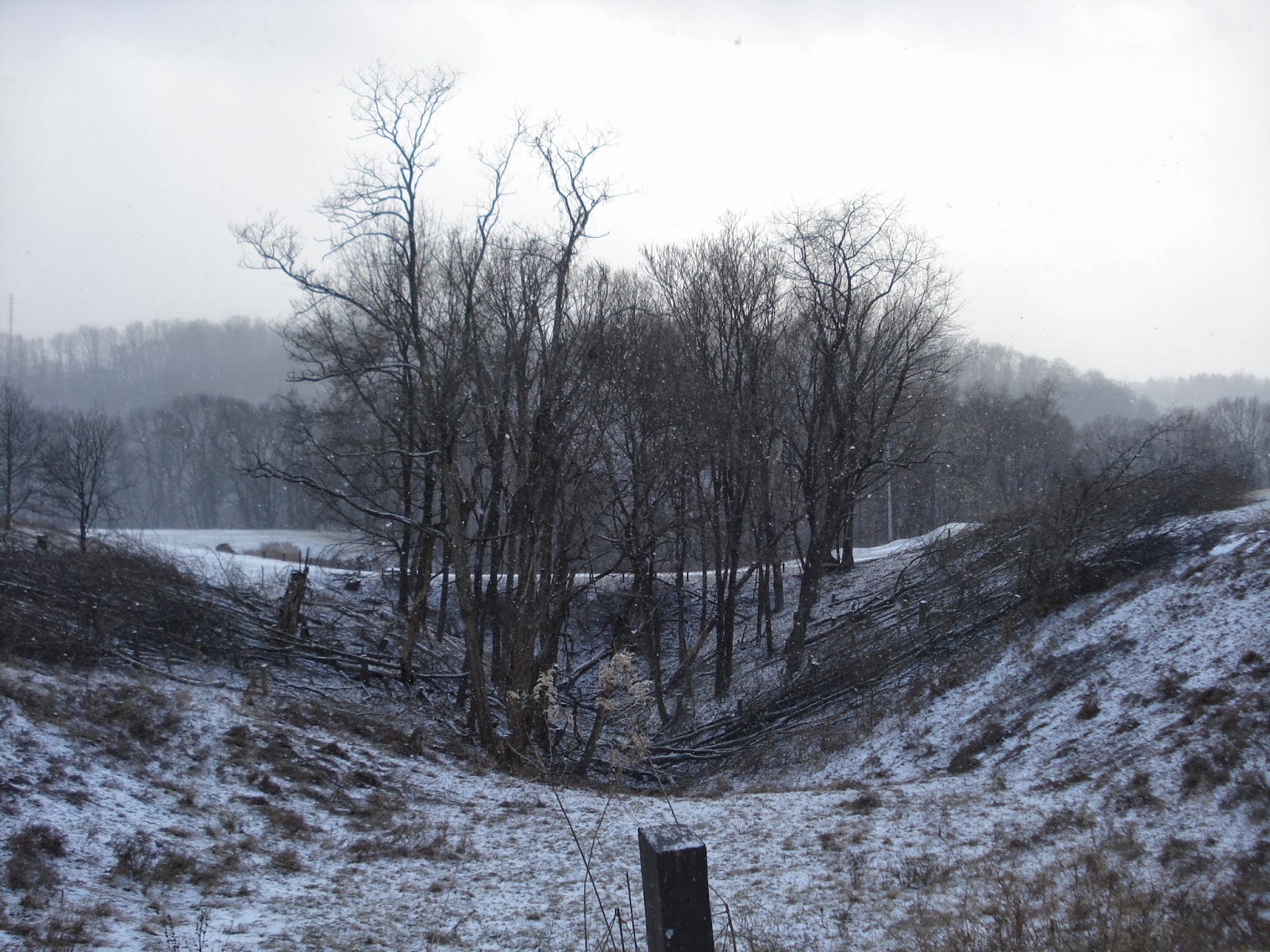 Lots of progress has been made on the tree removal project on #12 over the past week despite the ever changing conditions that Mother Nature has given us.  I wanted to share a few pics: 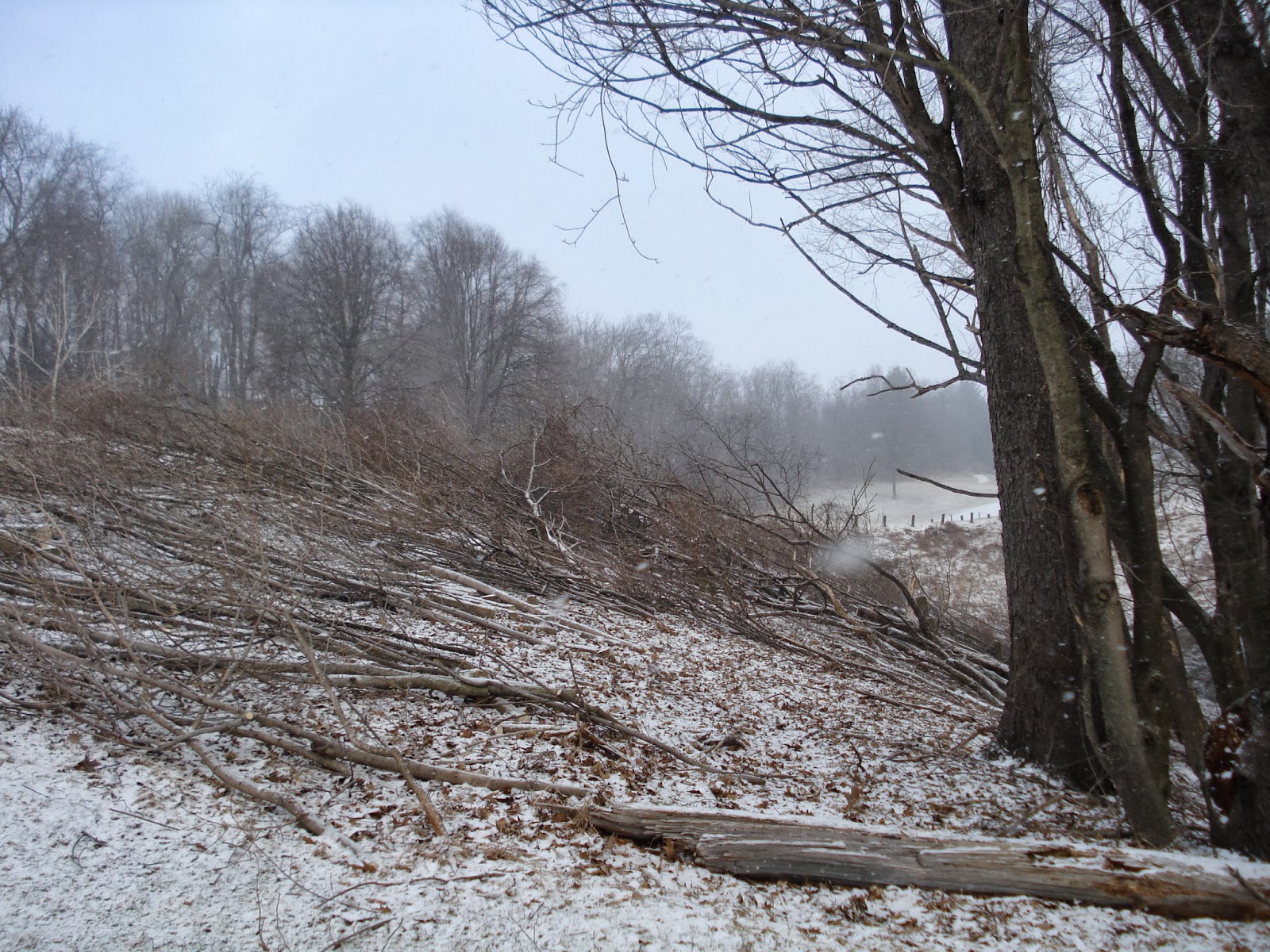 Emphasis has been placed on removing the smaller diameter material before addressing the larger trees. 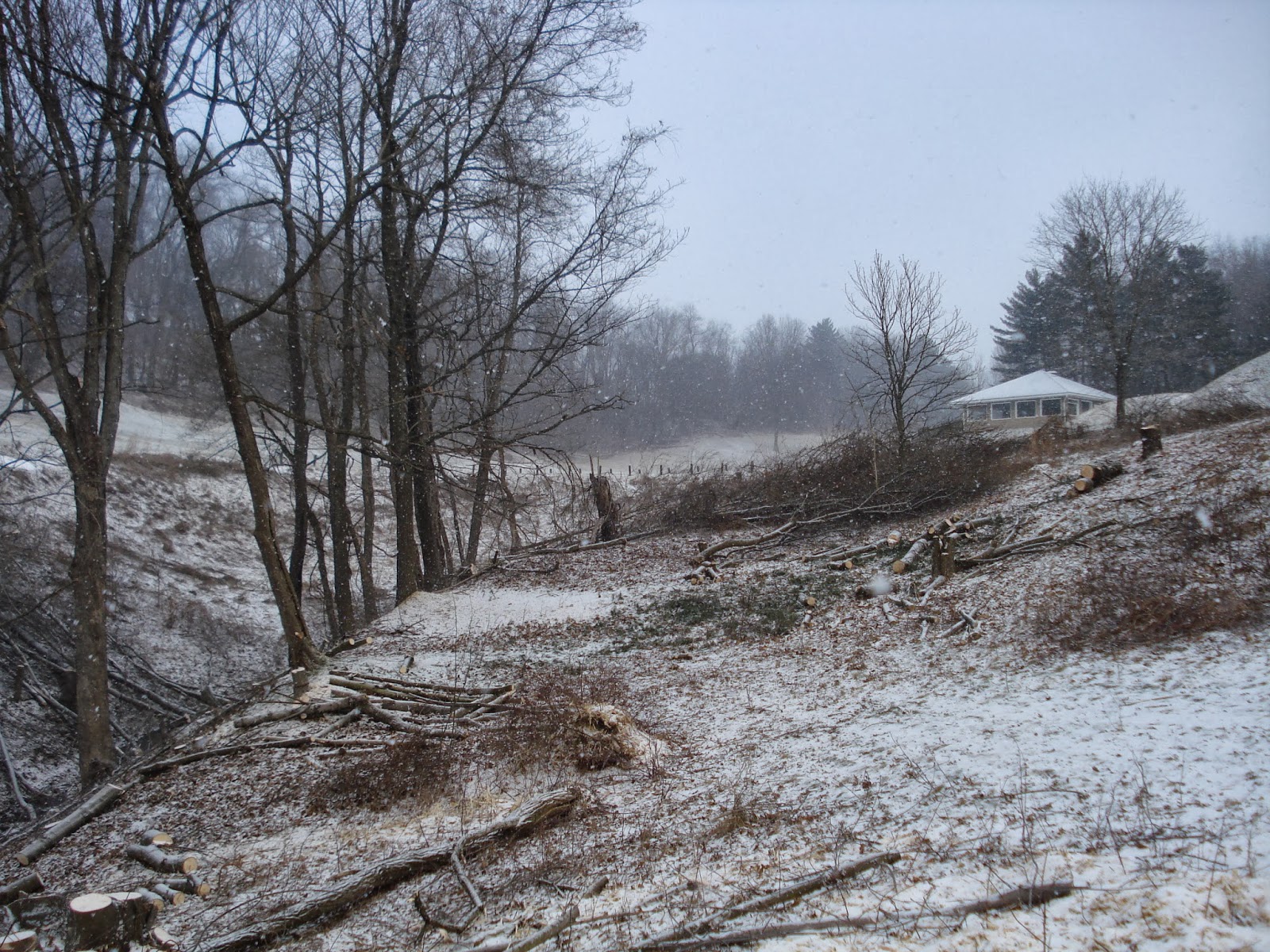 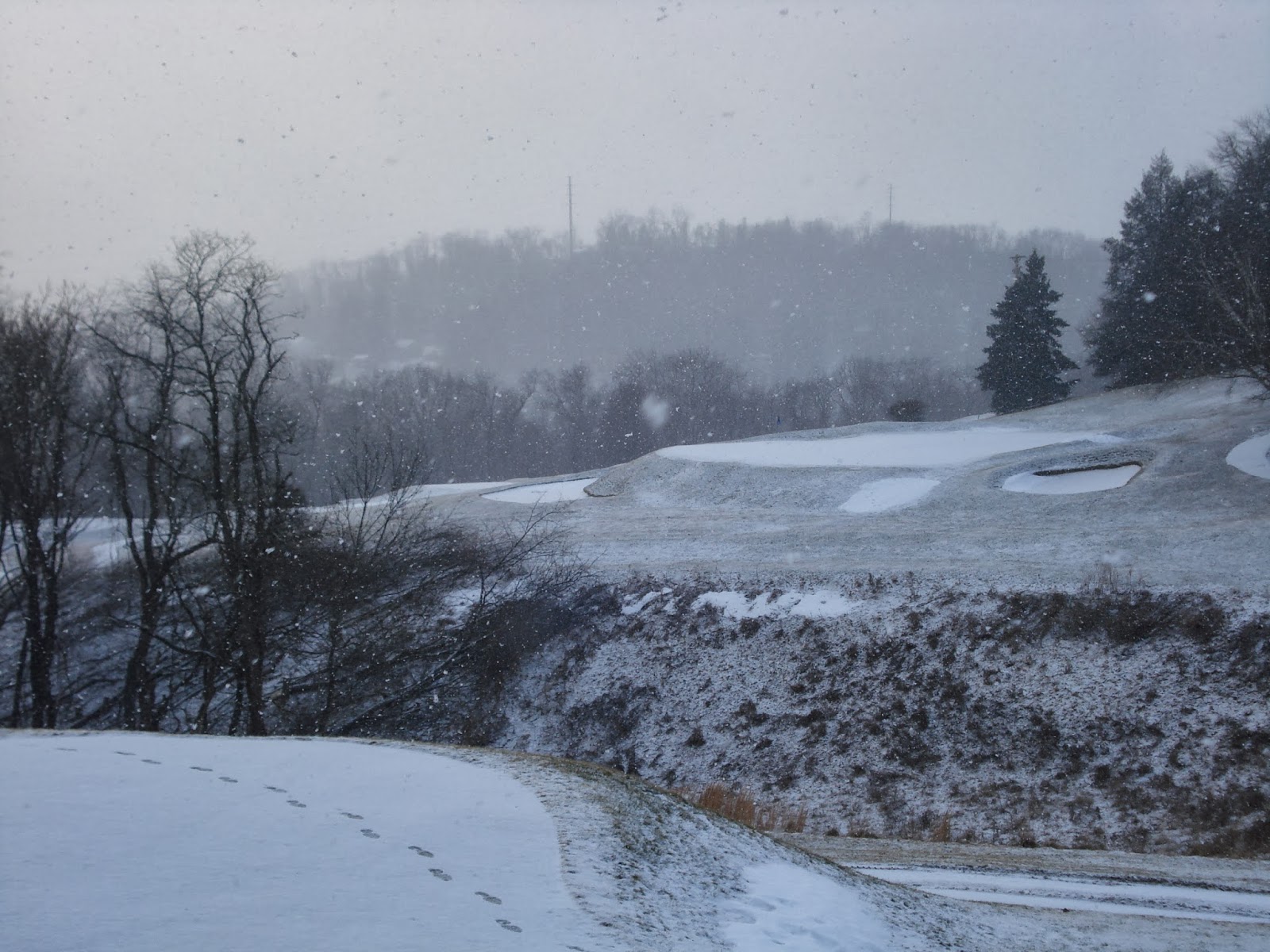 As you can see from last week's post, the view and open corridor is starting to take shape.

Stay tuned for updates and pictures to monitor the progress!

Posted by Corbin Blier at 1:33 PM No comments:

It has been a snowy, cold winter....that's for sure in Western PA.  I saw on the news last night that the average snowfall amount as of Feb. 17 is 28 inches.  This year as of yesterday (2-17) we have exceeded 54 inches of recorded snowfall with 6 weeks of winter to go.

But let's look at the positive...

Each weekend we get to watch golf on TV to get us pumped and motivated for the season, this weekend marks the start of the east coast swings which only means we are getting closer to the season starting.

For us Southerners, the prelude to Spring is traditionally marked by this weekend with the dropping of the green flag at the Daytona 500 (which by the way marks the return of the famed #3 car, who is on the pole and the return of Josh controlling the remote from Brooke on Sunday afternoons).  Notice I said prelude and not start, we all know The Master's is when spring is truly here!

For you Pitt fans, you definitely dodged a bullet by erasing an 4 point deficit at home with less than 10 seconds to go to force overtime and eventually winning in double overtime against my beloved Hokies (who by the way are the second worse team in the ACC).  Let's face it, that would have made for a long stretch till Oct 16, when the Hokies visit Heinz field.

The Bucs report to spring training this week....I mean the word "spring" is in that statement, which has to be a sign, right?

Agronomically, the snow cover could be considered a blessing.  Although, I've only been able to see turf 3 times since Christmas.  Snow cover is mother natures protection to the colder temps, wind desiccation and helping soil temperatures.  All positives towards the Spring and the course recovering from the "Polar Vortex".

See all positives, no matter how you look at it! 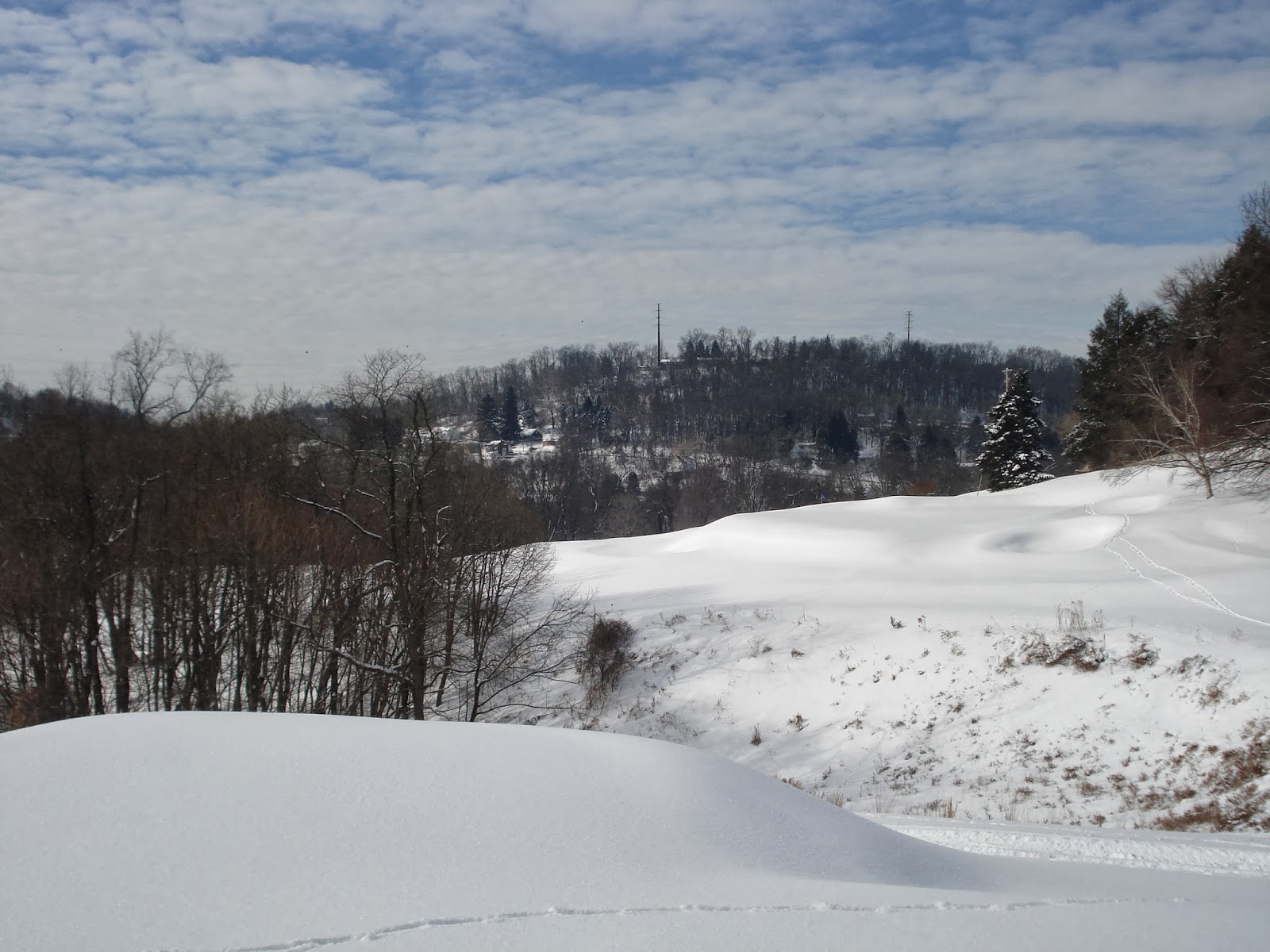 This week, work started on the first of two contracted tree removal projects on the golf course with the removal of all material in the gully between the cart paths on #9 and #12.  The scope of this project will greatly influence airflow and light to three greens (8,11 & 12) while aesthetically creating an open corridor for visual stimulation and camaraderie surrounding the 12 tee house and players making the turn on a daily basis.
﻿ 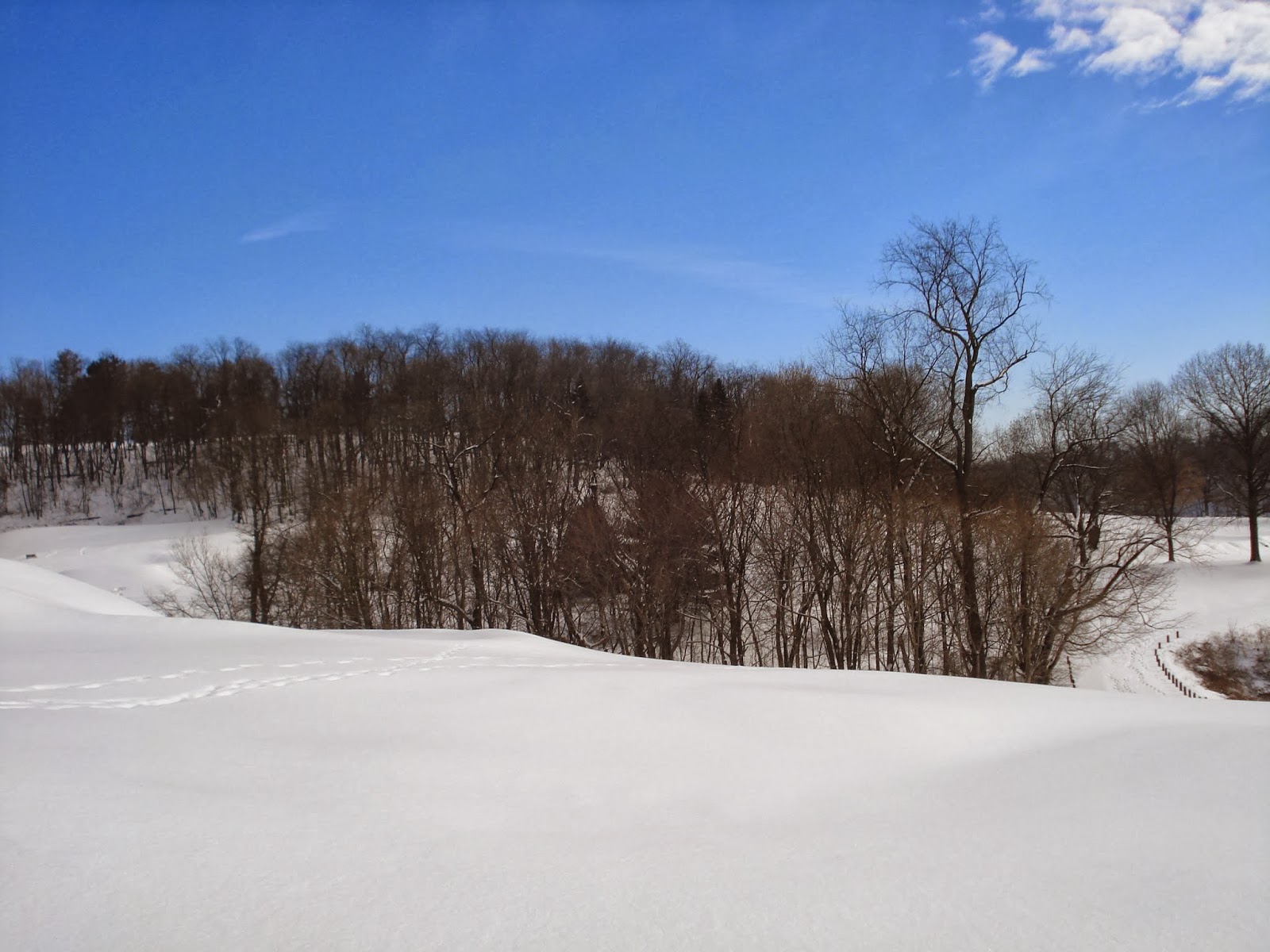 Stay tuned over the next couple of weeks for updates on the progress and the start of project number #2.﻿
Posted by Corbin Blier at 11:08 AM No comments:
Newer Posts Older Posts Home
Subscribe to: Posts (Atom)