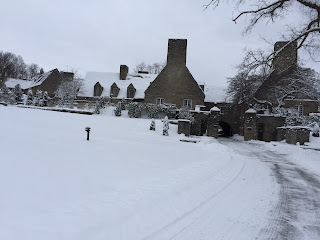 Happy New Year!  As I set down to write my first post of 2016, I hope that everyone had a joyous holiday season with family and friends.  It's been business as usual here at the club for the Greens department as we are in full fledge winter mode following the bonus days of weather to close out 2015.  I have plenty to report in the upcoming weeks on the continued progress of cleaning up wood-lines, tree removal and the annual process of giving our accessories a facelift; but, first I wanted to update everyone on the tree removal project around #4 green since it is nearing completion.

I took this picture prior to heading to Virginia for Christmas, trying to take advantage of one of the few winter sunshine days of the 'burgh.  But it is a great picture to point out the reasons contributing towards the removal project (pic was taken around 11 AM).  As you can see from the picture, the 4th green saw a great deal of shade throughout the morning hours and well into the afternoon, especially during the winter months.  The shade played havoc on the growing environment causing this green to be the last for frost to lift, the last to thaw post winter and was as a nuisance during the fall leaf season.  The lack of light also influenced the thawing process following snowfall and the end result was one of the few greens to exhibit winter damage once spring arrived.

In season, special consideration was always given to the 4th when it came to water management and regular maintenance practices. The lack of sunlight and airflow hindered the drying out process following rain events and alterations were made in comparison to other greens when watering, in essence creating it's own unique growing environment.  Outside of water management, these factors would lead to different practices and monitoring daily with mowing and rolling to ensure consistency with the other 17 putting surfaces.

You remove the problem...
The following pictures show some before and after's along with the process of removal: 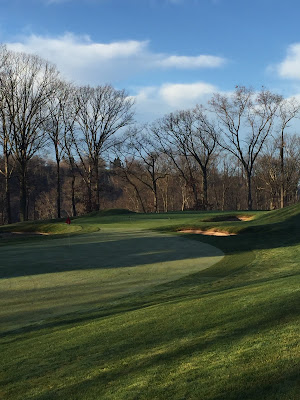 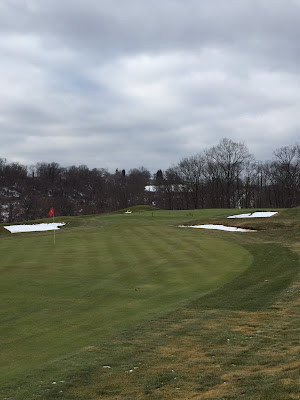 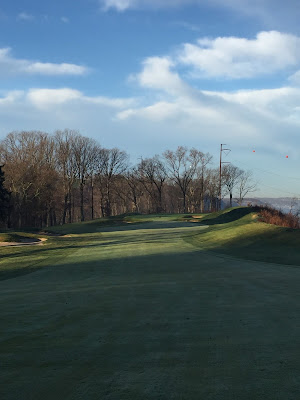 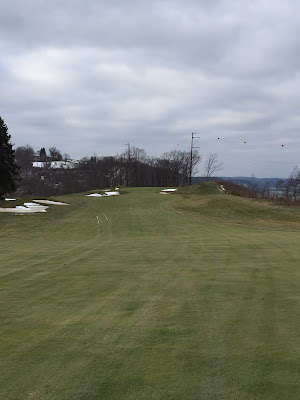 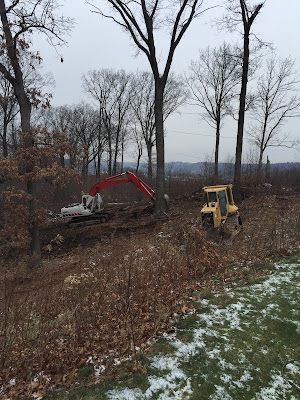 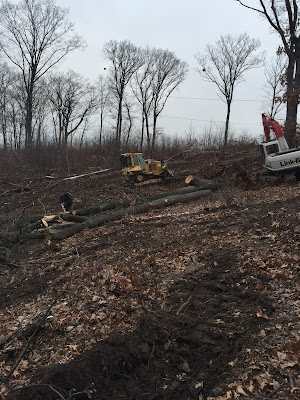 Once on the ground, we would help the contractor by cutting into smaller sections to be pushed by the dozer to a lower section of our property; out of sight out of mind. 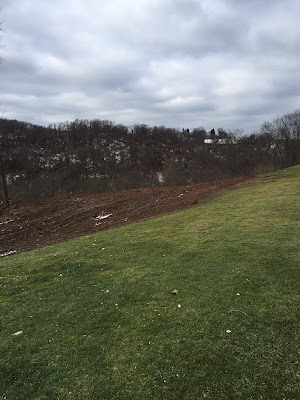 The dirt line resembles the old wood-line to the left of the green.  Come spring we will seed this area to extend the maintained rough further down the hill to aid in playability. 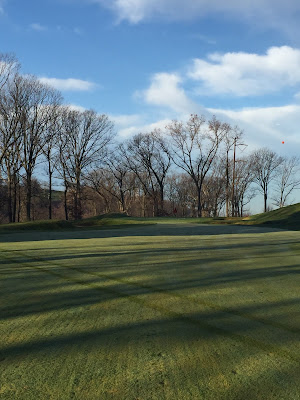 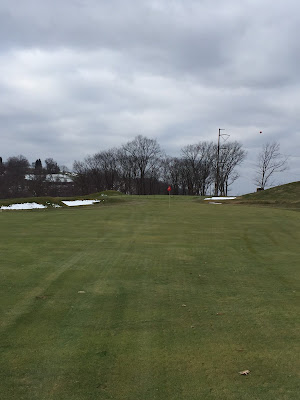 After
Outside of the before mentioned agronomic benefits, I'm really excited with end result from an aesthetic standpoint.  The removal to the left of the green has created the infinity look similar to many green complexes on property.  Selective removal and clearing of underbrush directly behind the green has exposed additional views downriver of the Allegheny.  Truly a win win for all parties involved!
Stay tuned in the upcoming weeks for posts on the other projects that we have been working on over the winter months both on the course and off including a new accessory we are working on in-house to be utilized this upcoming season.
Till then, stay warm and think Spring!
Fairways and Dreams,
Josh A. Saunders and the Greens Staff﻿
﻿
Posted by Corbin Blier at 4:22 PM 1 comment:
Newer Posts Older Posts Home
Subscribe to: Posts (Atom)