In previous post I have mention that a lot of emphasis this winter has been placed on removing underbrush and cleaning up key wooded areas throughout the property in combination with the yearly tree removal program.  Years of neglect and nature for that matter have created overgrown wood-lines containing down branches, down trees, veins and thick underbrush.  The warmer weather and lack of snowfall during the first part of winter has allowed us to stay ahead of the game on cutting trees while dedicating small crews to address certain wood-lines.  Not only will cleaning these areas help the overall aesthetics of the property; but it will improve airflow and light to areas of maintained turf.  Some may even see a benefit of playability on wayward shots (example being #5 green).  I wanted to share some pictures of the areas that we have been working on: 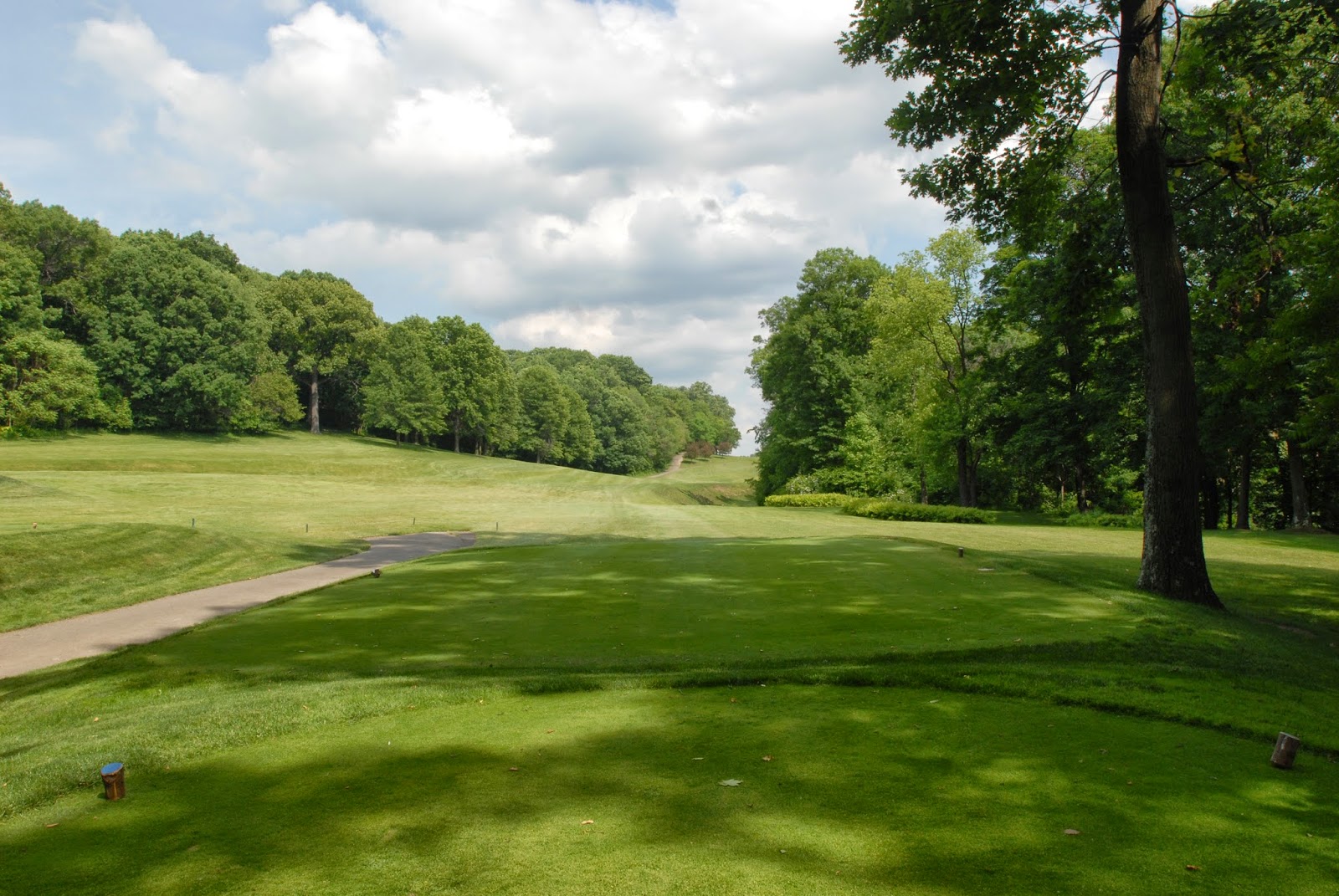 Hard to believe that just a few short years ago, this is what the right side of #6 looked like....The project conducted prior to my arrival provided added airflow and light to an area of turf hampered by its surrounding growing environment. 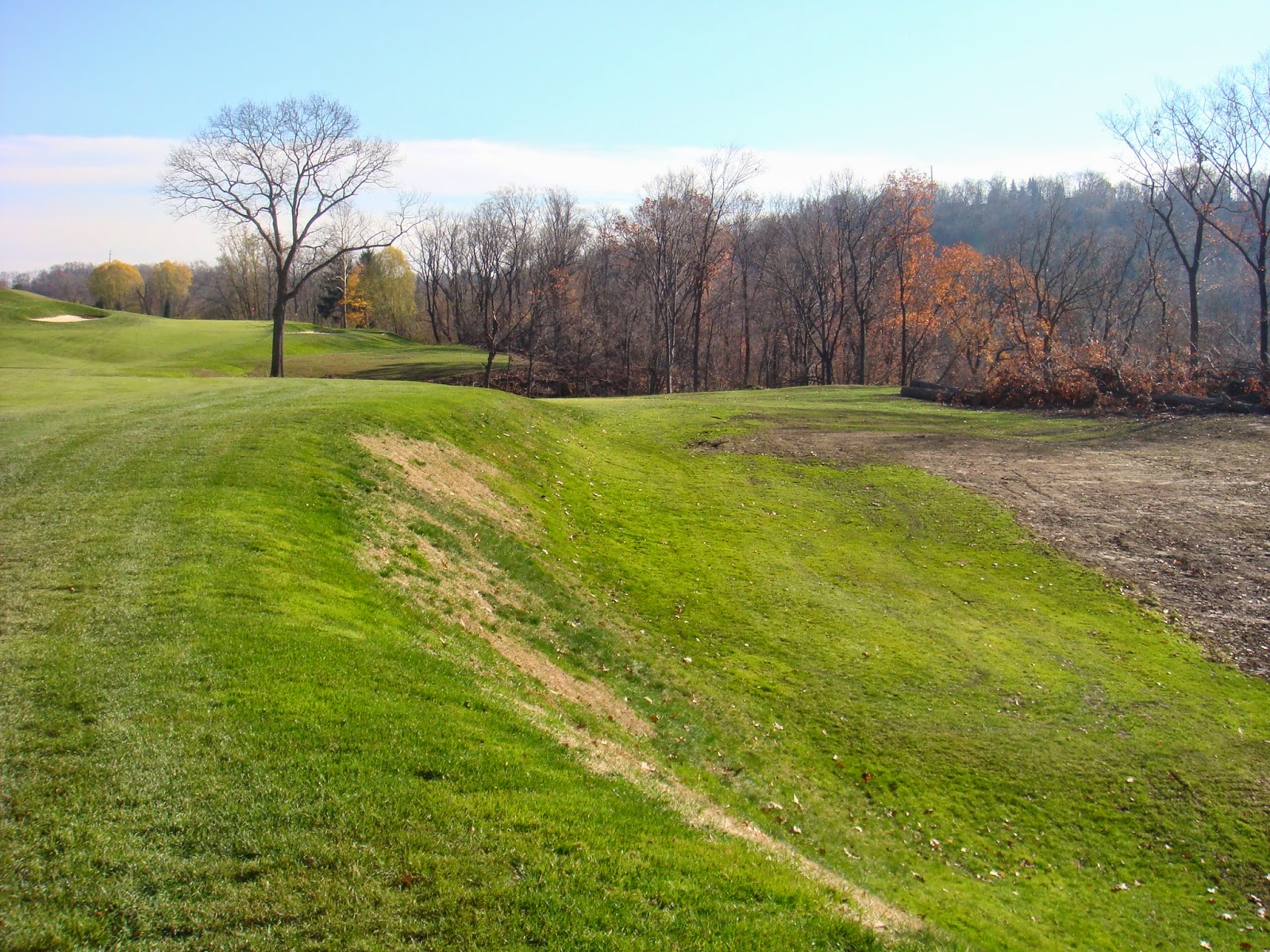 The end result of the tree removal project left a extensive clean-up project.  Last Winter, we hired a tree company to come in and remove the large timber that was dropped and this winter we began the final phase of cleaning up the remaining debris and stumps from the project.  Here are some pictures of the finished product. 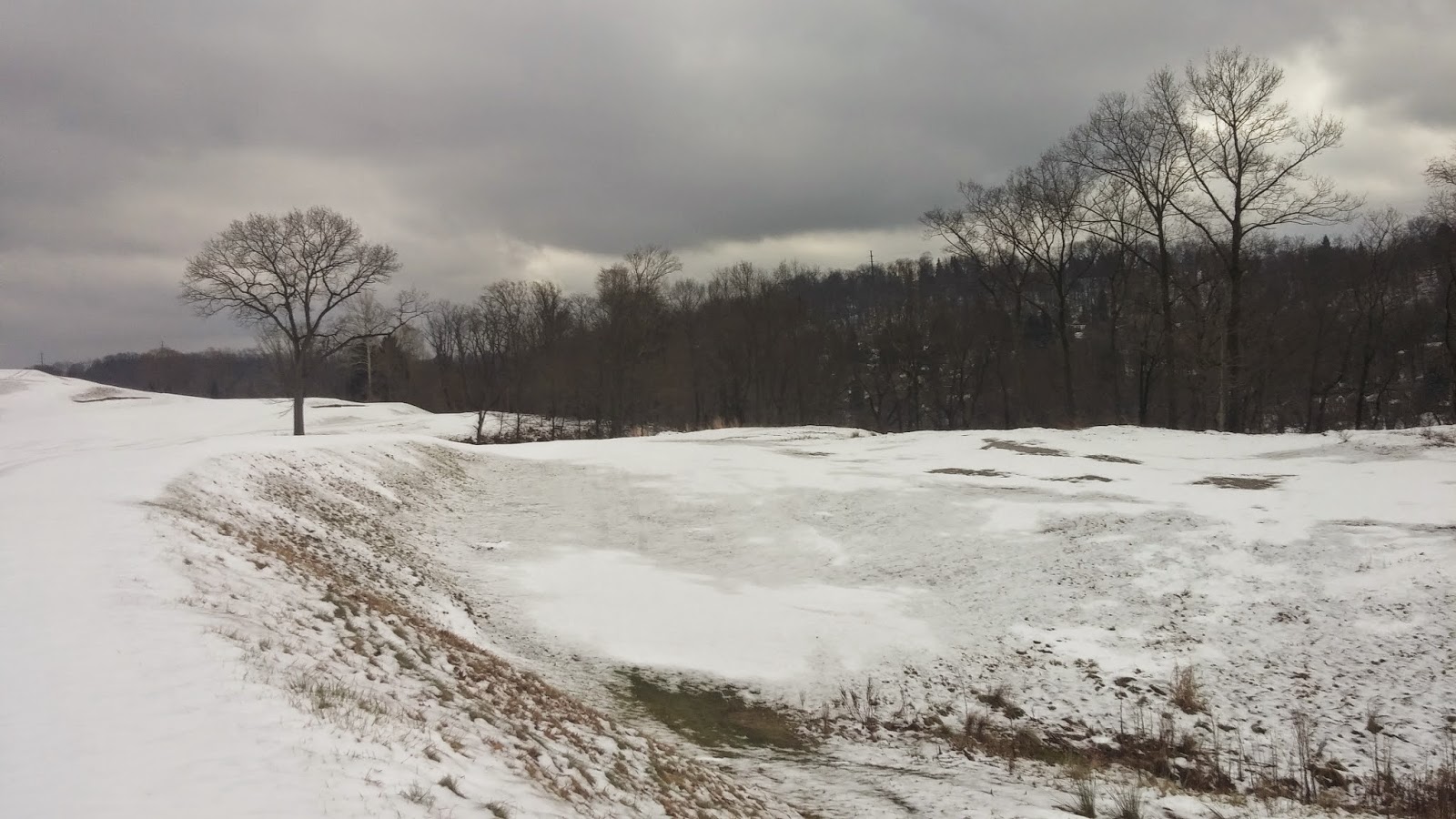 The snow may make these photos difficult to see the progress, but all the existing material has been removed and the surface is ready for the seeding of a native mix this spring. 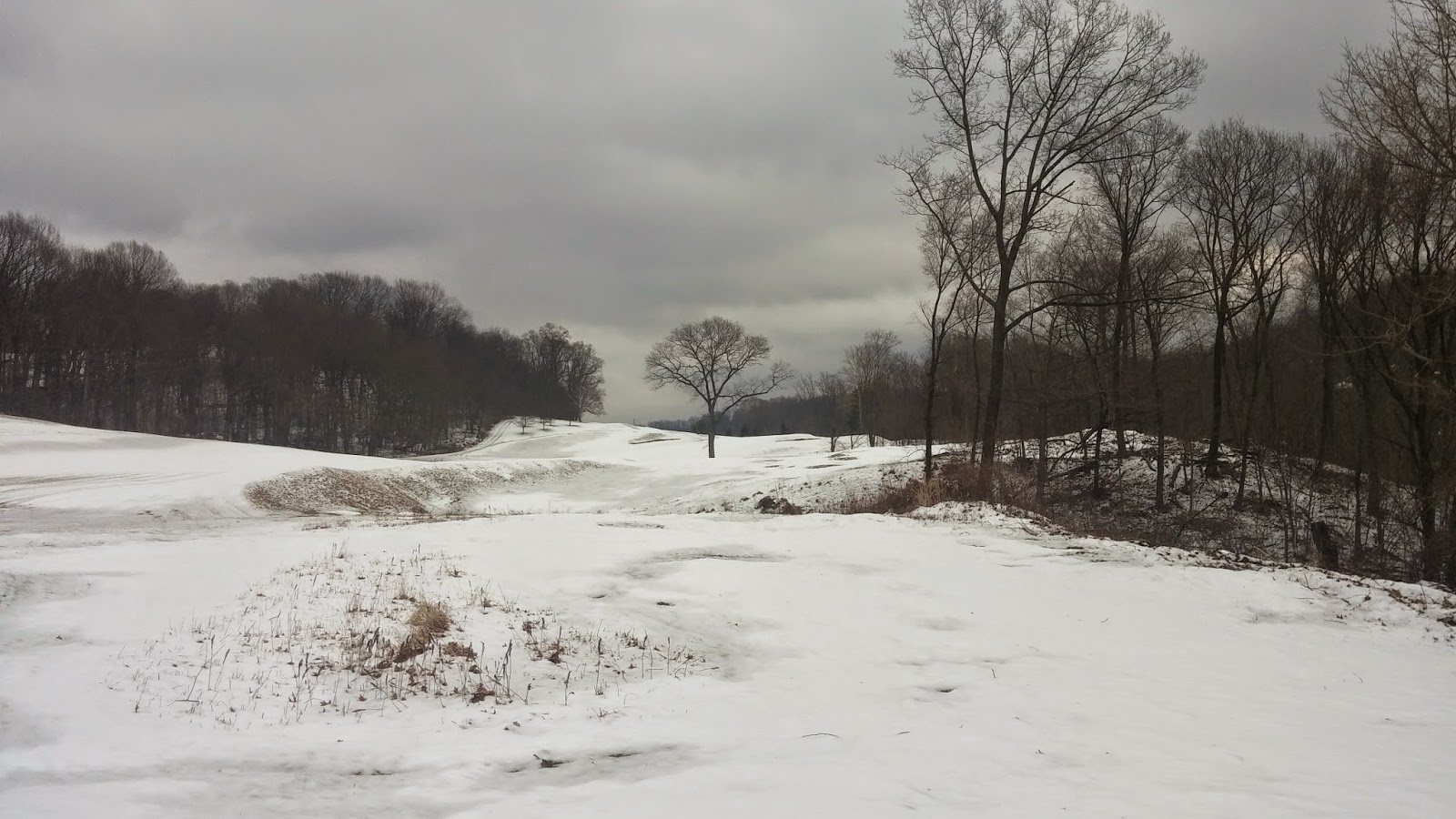 Clearing of underbrush started at the tee and continued up the entire right-side of the hole, 20-25 feet into the wood-line.﻿ 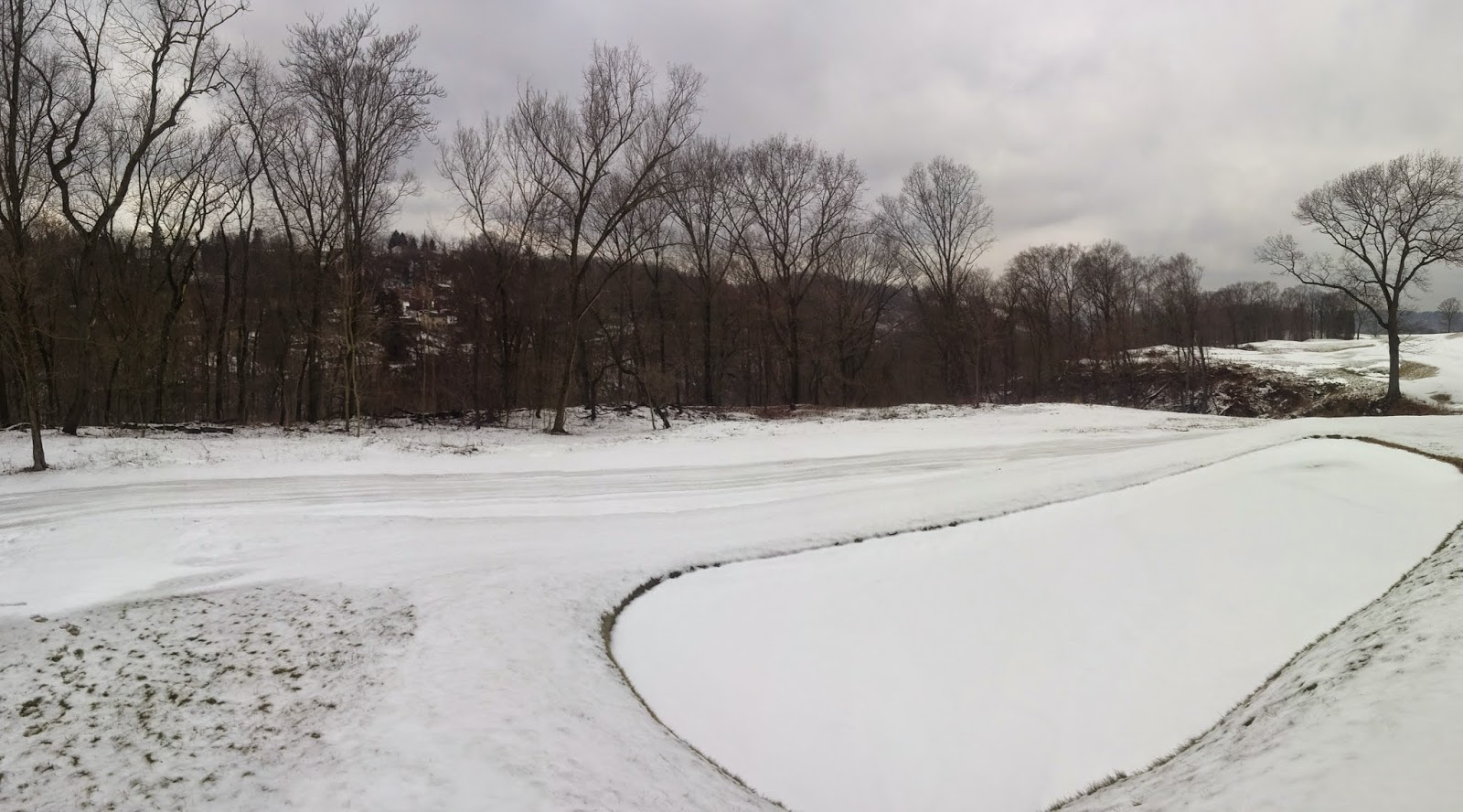 The same process was conducted to the right of the green. 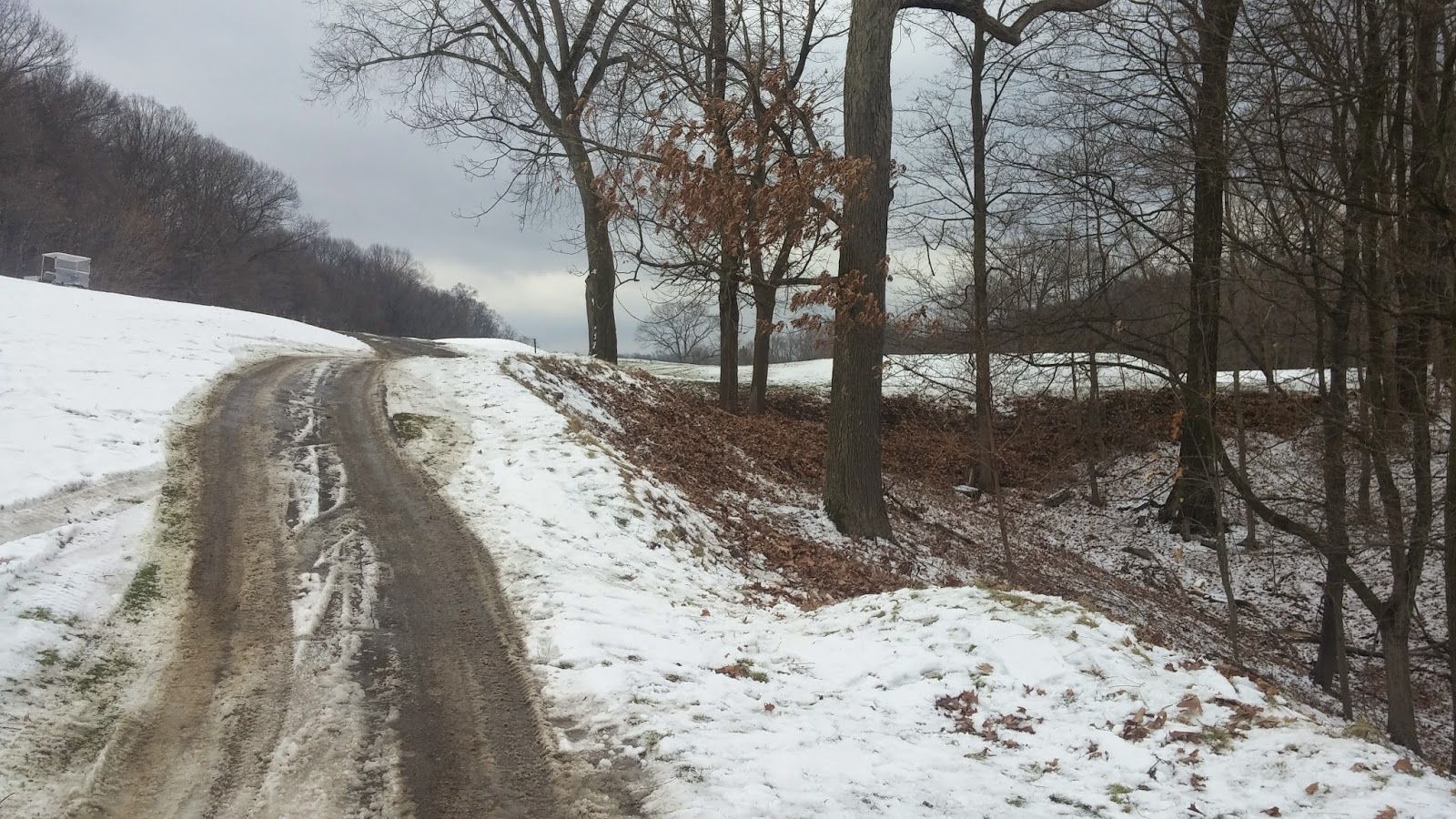 The underbrush along the entire right side of the cart path has been removed to improve on aesthetics and aid in playability for those wayward tee shots that may be found in the hazard. 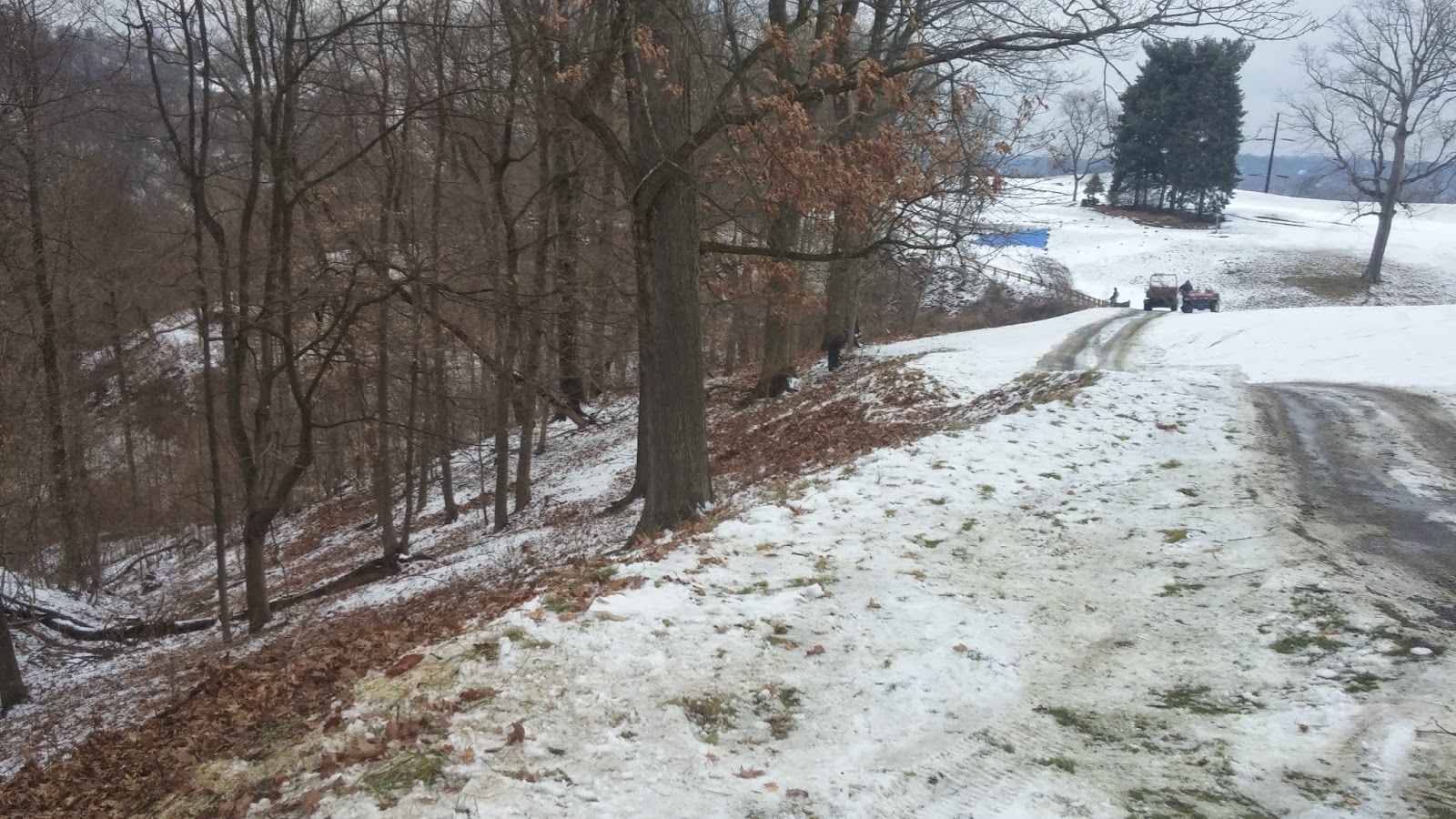 In addition to clearing by the green, emphasis was place on touching up the area in the gully to the right while crossing the land bridge. 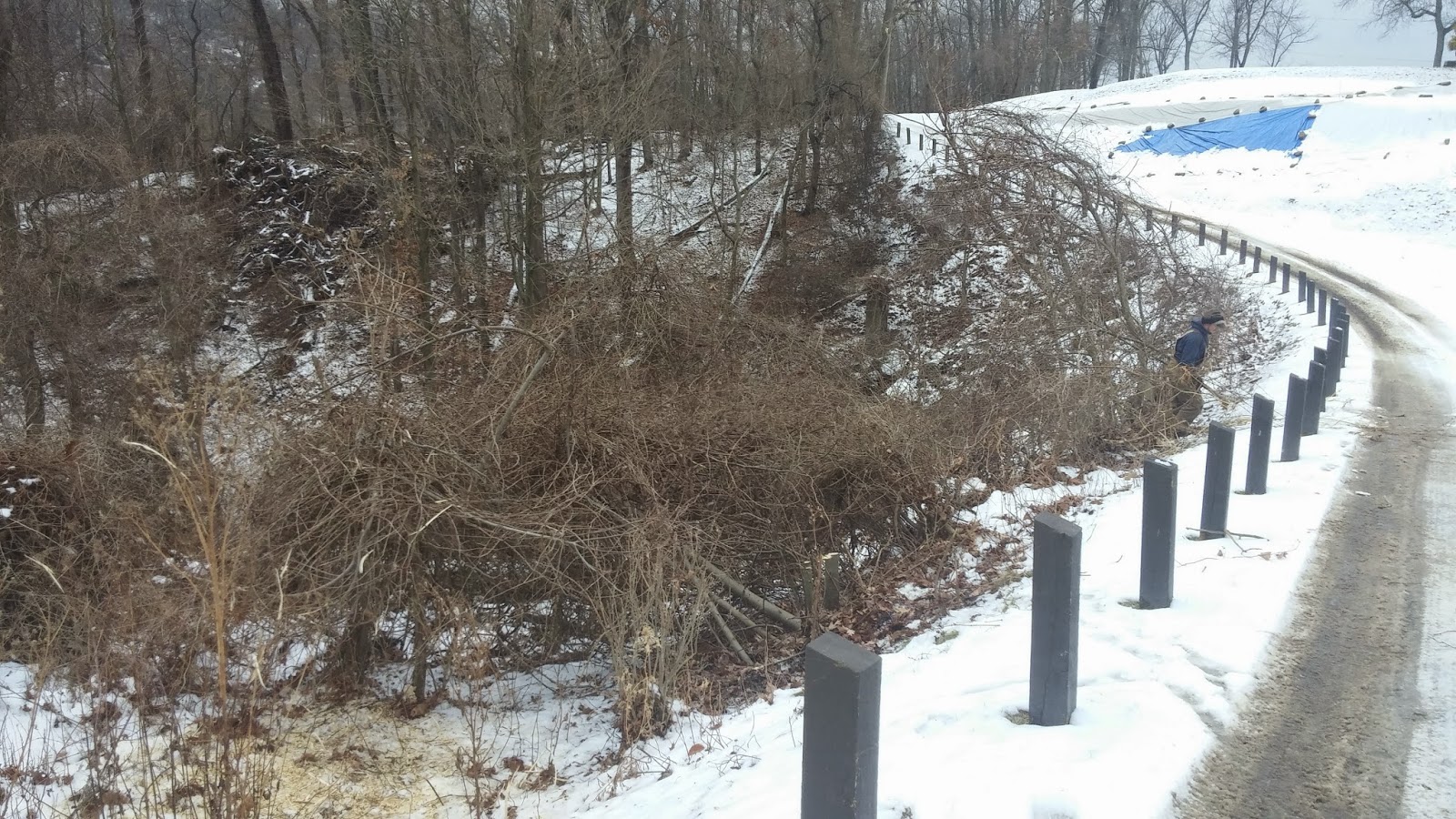 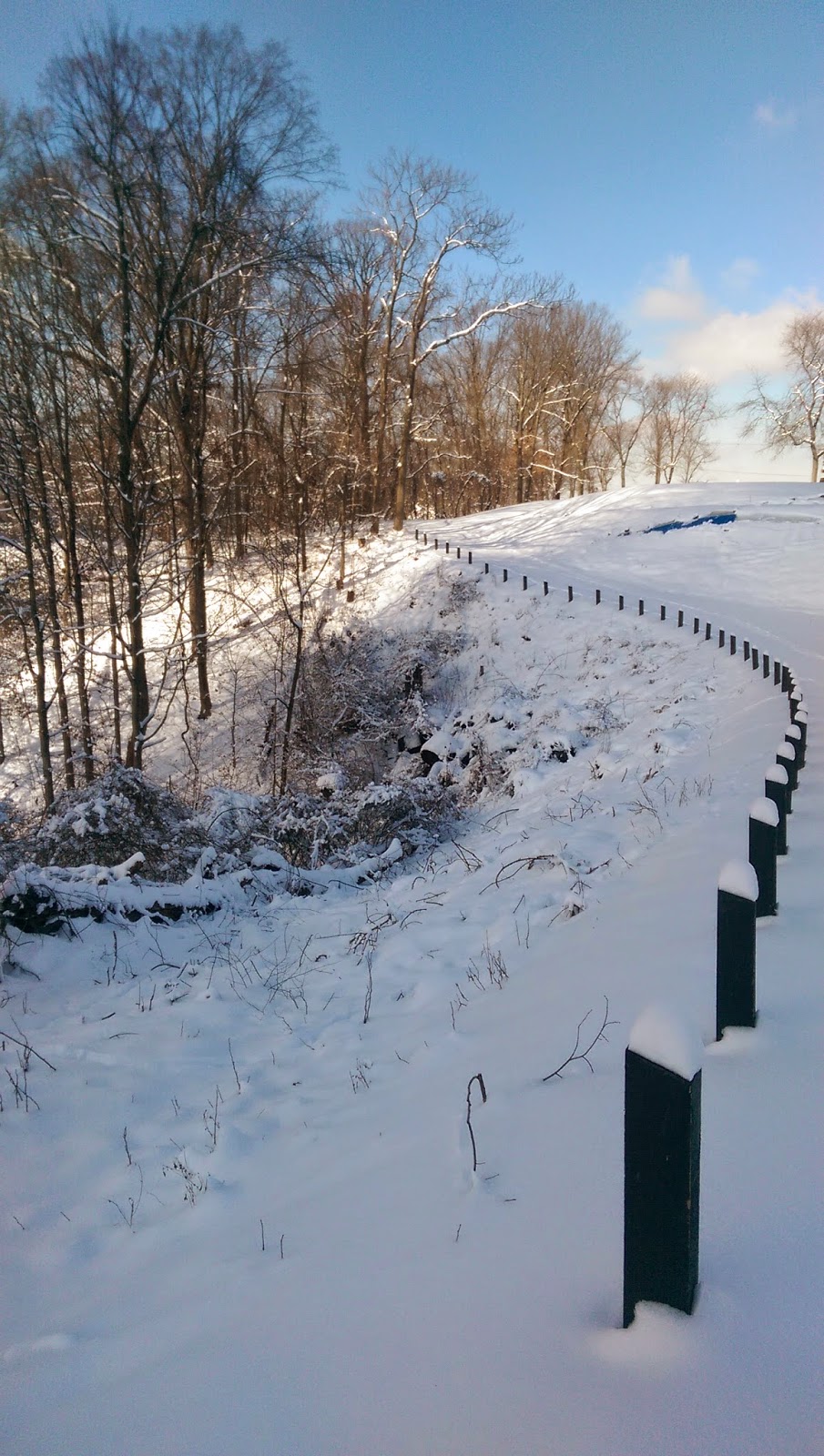 ﻿
﻿
After
#12 Tee:
This past fall, we created a new tee box on #12 to provide a different angle and much needed additional tee space on a par 3.  The tree line to the left of the tee had to be cut back because it was encroaching on the line of sight and ball flight. 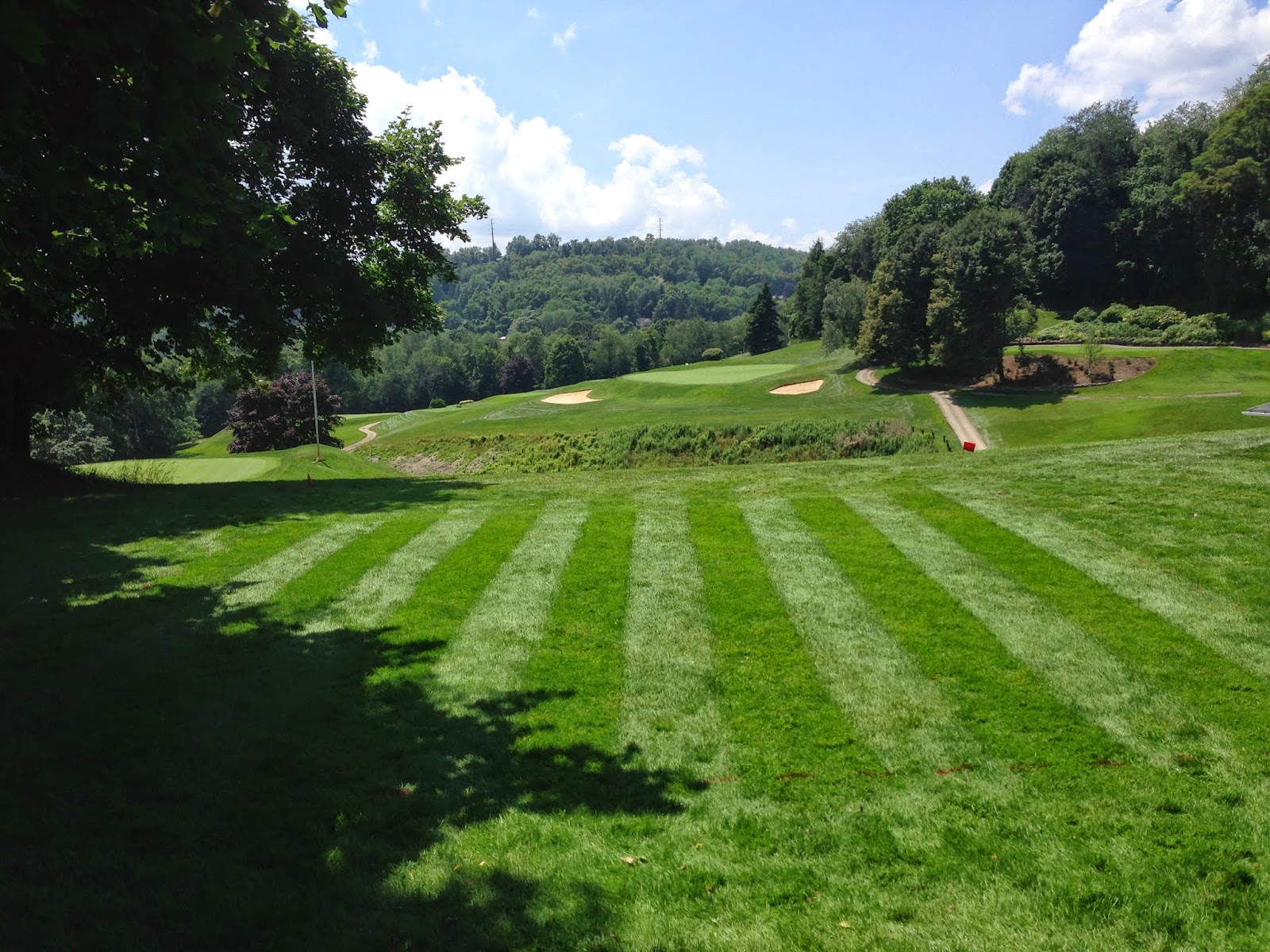 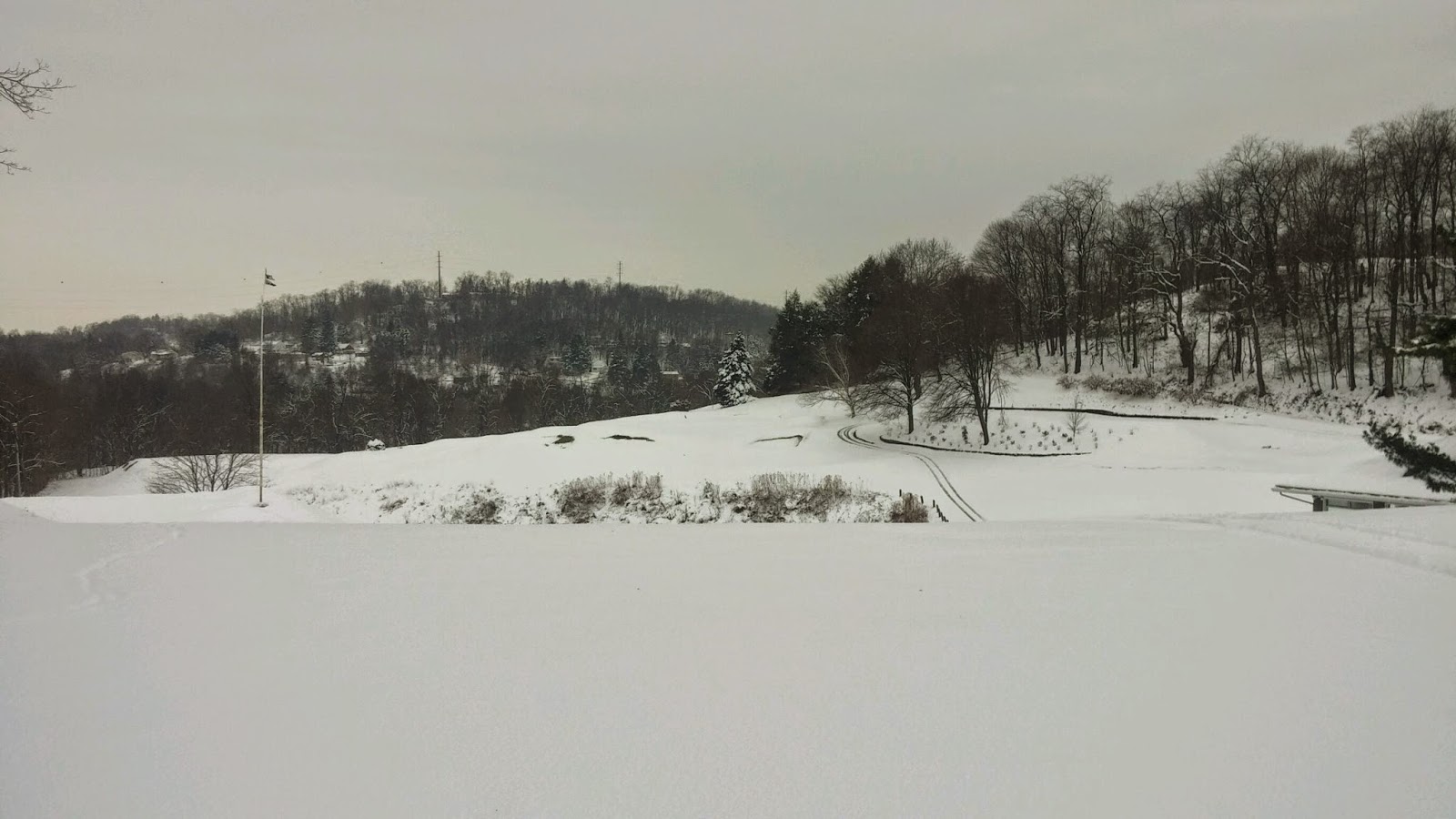 ﻿
﻿
After
Outside of addressing the left side of the tee, the entire wood-line in the cove of the upper tees were addressed to improve light and airflow to the three tee boxes. 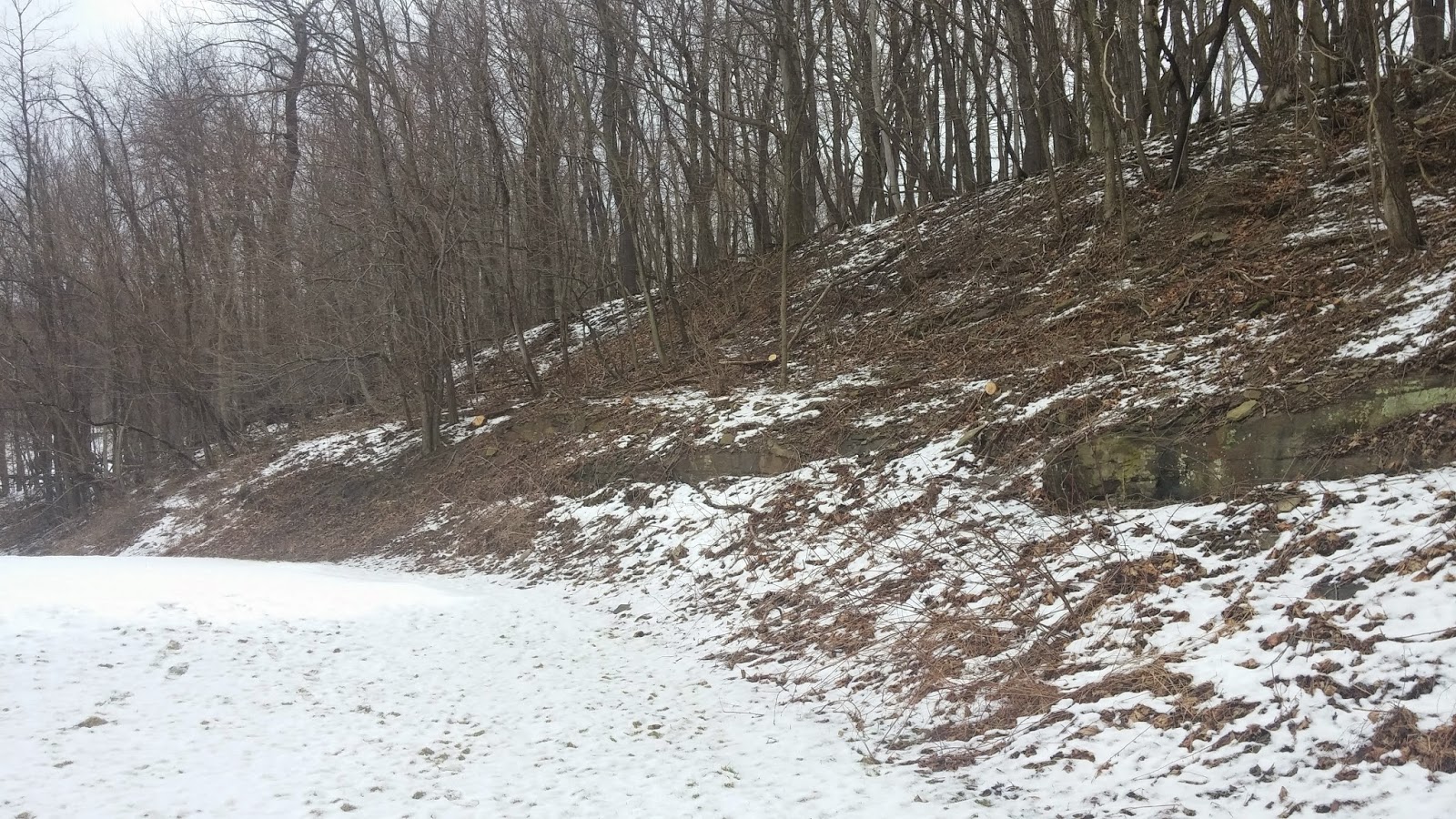 The entire hillside was stripped a good 30-40 feet up, exposing rock features while creating a possibility of a new bed with plant material in the near future.
What's next? 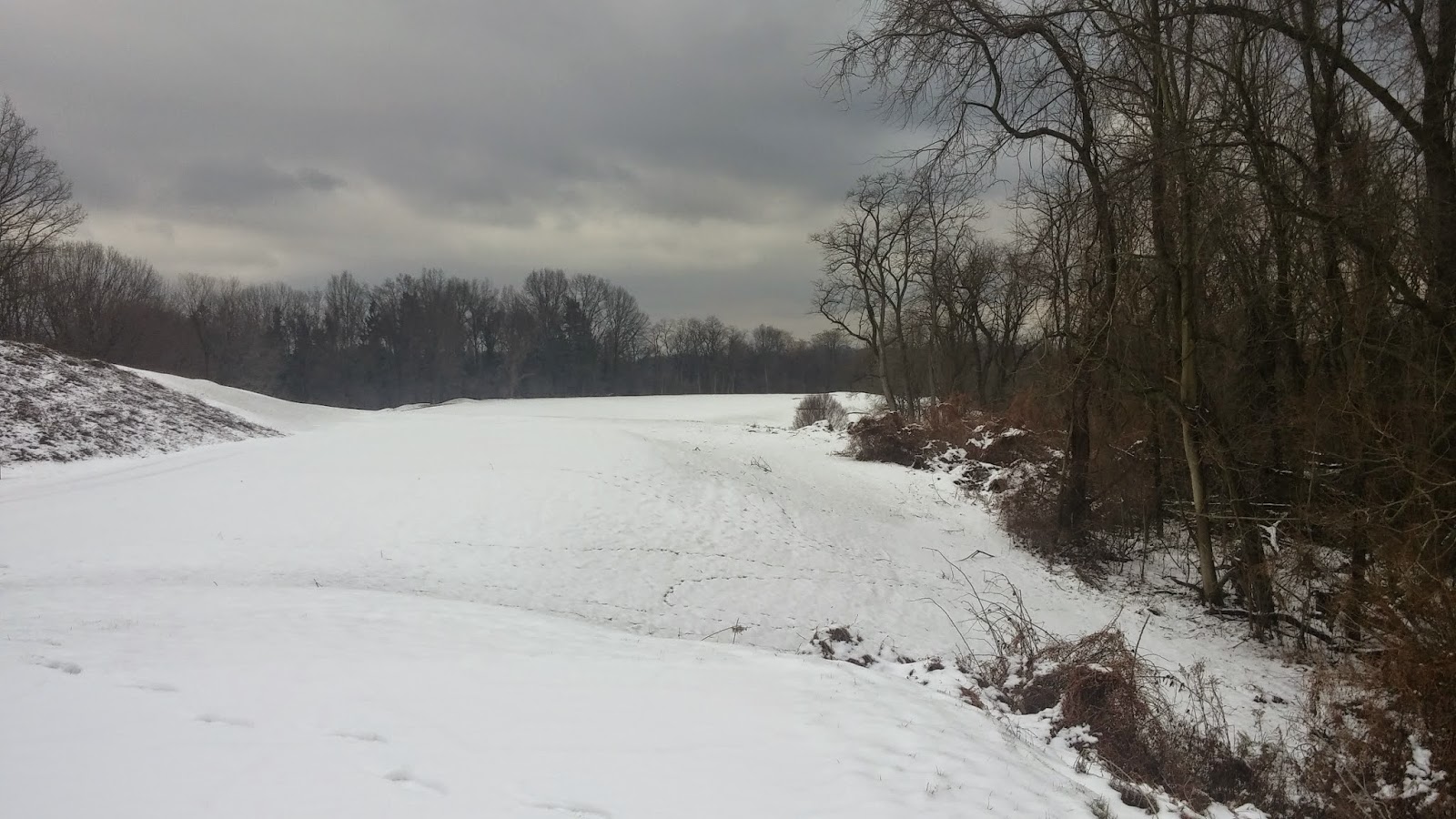 Number 2 is becoming such a popular spot for the club when entertaining members and guest while enjoying Dining with a Vue, wedding photos or even taking in one of the best views on the property during a round of golf.  This week, we began the process of addressing the wood-line to the right of the tee box by removing the underbrush and any down branches that have accumulated over the years.  The cotoneaster that received damage from last year's harsh winter is being removed to create a new bed containing a mixture of perennials and annuals for an added pop to my favorite hole on the property (well, maybe a close second to #17).
It's the little things that may go unnoticed, but will go a long way in improving the aesthetics and growing environment of Longue Vue.
Till next time, stay warm out there!﻿
﻿
﻿
Posted by Corbin Blier at 1:29 PM